What do you want to know about this product? Write us.

Enter your OTP for completing Registration

You already purchase max quantity of this item.

Already in your cart.Go to Cart

Added to your wishlist.Go to Wishlist

Removed from your Wishlist.

Please login for wishlisting a product.

Sorry, product is out of stock.

Thank you. We will notify once the product is available.

Your request has been successfully received.

You already request with us. Your request is in process.

Thank you for your feedback.

You already review on this product. 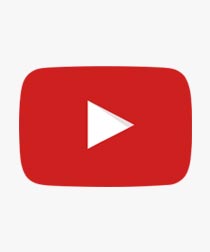 Sold OutThis item is currently out of stock.

G-SHOCK, which has been constantly pushing the limits of timekeeping toughness since 1983, is pleased to announce a new SHICHI-FUKU-JIN (Seven Lucky Gods) Series of special model watches.
The Bishamonten Model of the seven models in this series is based on the DW-6900 with its three distinctive graphic dials. Its semi-transparent clear dark gray basic coloring is offset by rose gold color accents. The band is marked with a treasure chest that the part of the Bishamonten image, while the band is imprinted with gargoyles for a truly auspicious design.
Illuminating the display of this watch causes the letter H of the G-SHOCK name to float in the EL backlight glow. Each of the Seven Luck Gods models displays a different character that together spell out the name G-SHOCK.

Seven Lucky Gods Origin
The Seven Lucky Gods represent a blend of indigenous Japanese religion and Buddhism into a uniquely Japanese belief. This divine group consists of the seven gods named Ebisu, Hotei, Benzaiten, Bishamonten, Daikokuten, Jurojin, and Fukurokuju. These deities have their origins in ancient gods of fortune in Hinduism, Buddhism, Daoism, Shinto, and other sources. According to the Humane King Sutra (Humane King State-Protection Perfection of Wisdom Sutra), paying homage to these deities will serve to avoid seven misfortunes and be bless with seven fortunes. This belief began around the end of Japan's Muromachi Period. It became popular among common people during the Edo Period, and has been handed down to modern times.

BISHAMONTEN
Bishamonten is only the general appearance in the Seven Lucky Gods. He is originally the God to guard the North area in India. And he is also called “Tamonten” who is a God of the Four Devas protecting Buddhism and listening to a sermon a lot. As the God who presides treasures, riches and honors with a treasure club in his right hand and a pagoda in his left hand, he has faith regardless of the priests and laymen.

Casio Limited-Edition DW-6900SLG-1DR (G933) G-Shock Mens-watch is the latest addition to my collection of Casio watches. This watch has a very different design than other G-shock watches which feels very elegant. The watch is very comfortable to wear for everyday use. It is not too heavy and has all the functions. Timely delivery as expected from Casio. A must-have watch.Expand

Read all reviews  |  Write a review

Answer by Support: Yes, Casioindiashop is an authorized online seller for Casio Products in India.

Question: Will I get original manufacturer warranty if I buy from Casioindiashop.com?

Answer by Support: Yes, you will get original warranty as given by Casio India for Casio products in India. You shall show duly filled warranty card or product with serial number engraved on the back cover and copy of purchase bill for availing warranty service with every Casio products purchased from Casioindiashop.com

Answer by Support: Yes, you can check the various EMI options while making the payment from the payment gateway itself by selecting EMI as the payment options. Minimum amount is required to avail EMI facility which depends on banks criteria.

Question: What is the Delivery Time ?

Answer by Support: For small products delivery time can range from 2 days to 7 days depending on customers location. Although we try to make sure that products are dispatched within 2 working days. Delivery of large items can take more time due the size and nature of the product.

Question: Is Cash on Delivery available?

Answer by Support: Currently CIS does not provide COD facility.

Question: What are the key features of the product?

Answer by Support: Right now, this product is available at the discounted price of 5596 INR instead of 7995 INR, i.e at a 30% discount.

Answer by Support: This product is currently Not Available at the official website of Casio India - https://www.casioindiashop.com/

Answer by Support: The warranty of this product is of 2 Years. The buyer will receive a signed and stamped warranty card and tax paid invoice with every Casio products purchased from Casioindiashop.com

More FAQs for this Product

What do you think about this product?

Thank you for subscribe our newsletter to get updates.

You have already subscribed to our newsletter.